Once a week or so a new video appears where some dude with a lot of time on his hands creates an extra elaborate way to propose to his girlfriend. This has somehow expanded out into guys asking their dates to prom. Whether it's a choreographed dance off or shooting out of a cannon, guys are going above and beyond. I get it, extreme show of love and all that; but with a divorce rate of 54% these guys are setting themselves up for failure.
Say you convince all of your friends to get together and schedule a flash mob to propose, then said flash mob is recorded and put on you tube. After however many months or years, you get divorced. Not only are your friends not going to be interested in learning a new dance for your next girl, but if she's seen your previous you tube video, you're in deep shit. How are you going to top the first proposal? Then say you do top it. Divorce rates for second marriages are 10% higher! You're just deeper in the hole.
And what about those girls that get asked to prom with a fake arrest? How does their new man follow that? What if he doesn't know? Then you have the girl thinking about how lame his proposal was compared to that kid in high school.
I think Van Gogh had it right, if you dig her, cut something off. That'll make you at least think twice about working it out.
Posted by Rob Gilchrist at 10:09 AM No comments:

An apocalypse is coming. It may be nukes, it may be famine, I can only hope it's zombies. Either way, men are going to rule the world. This has nothing to do with strength or intelligence. Women are often smarter than men, and more physically operational. Men will take over the world due to the orgasm.

When the world is destroyed and humans become nomadic stragglers; power will separate societies. You know what powers vibrators? Batteries. Men, they don't need vibrators. They can travel the planet wankin' it all day and all night. But women, they will run out the juice on their rabbits, their thrusters, nipple toys, and vibrating underwear. In the end, women will have to submit to the power, of power; or man flesh.
We don't want to take the power from you, we want to empower you. So by all means, imagine me as a rabbit, a thruster, a nipple toy...because in the end; we were the original, and if you don't, we always have Lucy Lefty.
Posted by Rob Gilchrist at 8:00 AM No comments:

In a single sitting of television I've seen a massive amount adds for shows that take shits on kids. Shows like Sixteen and Pregnant, Dance Moms, Friday Night Tykes, Honey Boo Boo, I could go on all day. It's pretty much a given that any child involved in these shows will grow up twisted. It will be even worse when they look back at how they were played off as a joke, or watch how their parents and a series of adults treated them as instruments of their 15 minutes, not as children.
Then there is the rest of the human race. An entire generation of children watching this crap along with gems like Jersey Shore, My Super Sweet 16, The Real Housewives of wherever, My Cat From Hell, Man vs Food, Celebrity Apprentice...shows that express no genuine or original thought. Shows that actually reward people for being assholes.
How do you save the children you ask? Lead by example, unplug that television, take it outside, and brain the nearest reality star with it.
Posted by Rob Gilchrist at 9:50 AM No comments: 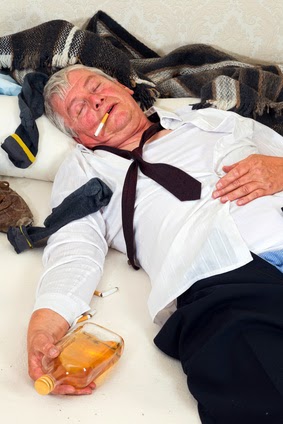 There is a study out there somewhere about the effects of any drug and sleep patterns, specifically dreaming. Mostly it discusses the fact that if you are impaired, you're probability of fucked up dreams increases dramatically. That and most likely you've been eating horrible food because your drunk or high or whatever and that makes people crave tacos and Mountain Dew.
I didn't eat anything weird last night, but I did enjoy a few vodkas before hitting the hay. In my dream I was drunk, not just drunk, shitfaced. Somehow my body took a part of how I should be feeling and twisted it into my dream.
The most solid memory of said dream was me talking to my brother about a drinking contest, and that if he lost I got to cut his hair. More specifically, "I'm gonna put you pigtails in it."
When I woke I had to write this quote down because in the dream it was the funniest thing anyone had ever heard.

The moral of the story is to take shots before bed, and get ready for the funny.
Posted by Rob Gilchrist at 12:11 PM No comments:

Most school uniforms are formal wear, unless of course you're a christian school girl in which case your uniform has all sorts of implications. Why haven't schools taken to dressing kids in cowboy boots with ten gallon hats? I know it can get hot out on the playground and those brims could save some precious sunburns. Maybe women could wear sarees and men some sherwani, traditional Indian dress. Cool for the summer and throw on a lamb skin coat during the winter.
If nothing else lets at least get one school in this country that requires kids to dress as super heroes three days out of the week.
Posted by Rob Gilchrist at 1:12 PM No comments:

Oh I NEED That!

There is a new series of commercials by Expedia that show follow people throughout the day being sent reminders by Expedia for things like "Depart in 2 hours" or "Terminal 3" or "Baggage Claim 5".
What? That's magical! How did we ever travel before? How could I ever know that I was supposed to leave for the airport today if I wasn't sent an alert? How did people know which gate to go to? It's not written on the ticket is it? It is?!?! Holy shit! You mean if you look down at the ticket that you've had for days then it tells you exactly where to go at what time? And if you pay attention when getting off the plane, or are able to read then you know which baggage claim to go to?
How does anyone know when to take a shit anymore without a automated message?

PS: You need to take a shit. 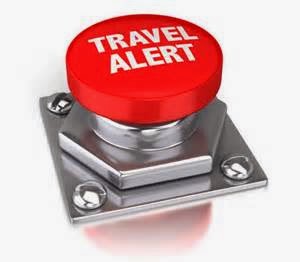 Posted by Rob Gilchrist at 9:00 AM No comments:

Cursing is fun. Swearing, cursing, bad words, potty language(which really means shit talk) is just delightful. Not only do you get your point across when cursing, but you get that extra UMPH! Cursing is emphasis at it’s finest. For example: 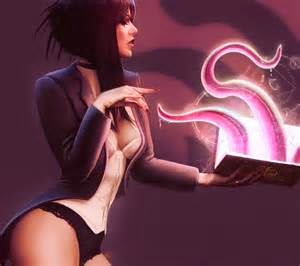 I was almost struck by a vehicle!

Some asshole almost hit me with his fuckin' truck!

Cursing gives it that extra little bit of goodness.
Look at it this way, today's cursing is MUCH better than the old curses. It used to be a vivid hatred and hope for pain and agony against the party cursed. For example:

"A plague on both your houses."

I prefer someone telling me to eat a dick rather than them avidly hoping that my family dies of disease.
Posted by Rob Gilchrist at 11:12 AM No comments:

Big Foot Up Your Ass

Scrolling through the channels last night I was amazed at how many shows were dedicated to finding and capturing creatures like Bigfoot and the Loch Ness monster. Some people dedicate their entire lives to "finding" the creatures(or at least selling themselves doing so on television). Lucky for us there are hundreds of different documentaries on how these super bad ass hunters have tracked and filmed and sampled and recorded these creatures.
Stop it.
Maybe 70 years ago people would have given you the time of day. In today's media and intelligence era there is no way anyone with a scrap of brain isn't going to tell you to fuck off.
However. If you are one of those people that are interested in taking a peek at one of the magnificent legends...come by my house and for the small fee of $99.99 I will prove to you beyond a shadow of a doubt that I found the elusive Frosty the Snowman...concessions are open until 9:00.
Posted by Rob Gilchrist at 10:28 AM 1 comment: